The patent covers a component of the Redwall Mobile® secure operating system that can be embedded into IoT devices.

Beavercreek, OH, March 29, 2016 – BEAVERCREEK, Ohio, March 30, 2016 /PRNewswire/ -- Redwall Technologies (Redwall) announced today the award of United States patent 9,298,917. The newly awarded patent is for a security monitor that is embedded into IoT devices including industrial controllers. The patented technology monitors a device in a novel way to stop any attempts to attack or alter the device, and can take a variety of different actions in response ranging from changing the device's settings to alerting other infrastructure elements. The security monitor is one component of the Redwall Mobile secure operating system. Redwall Mobile was envisioned as a new security paradigm developed from the perspective of a professional hacker.

"We patented a way to keep IoT and SCADA devices safe from attackers, and unlike other products that just try and encrypt network traffic or files, our security gets baked into the device's core and protects every single aspect of the device holistically. And it's good for everything from nuclear reactors to coffee makers. This is the first of several key patents Redwall Technologies expects to be awarded to protect our novel approach to securing mobile devices and embedded processors," said John Rosenstengel, President and CEO of Redwall.

With recent incidents such as the arrest of seven Iranian hackers who accessed a dam near New York City, the public is growing increasingly aware of threats to our critical national infrastructure (CNI). With their newly patented technology, Redwall is poised to offer a new level of protection to CNI systems, wearables, automotive, and other IoT systems. Redwall's expertise in providing secure mobility solutions to customers that have mission-critical applications that run on smartphones and tablets, combined with their expertise in embedded systems ranging from medical devices to counter-terrorism systems, makes the addition of IoT security products very natural. 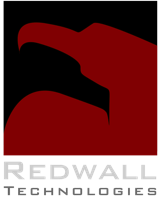